Just when the Opensim Hypergrid community were busy welcoming an influx of refugees from InWorldz we then got hit with another bombshell when Google Plus announced they would close their social platform by next summer. The greater part of the Opensim community had come to rely on G+ for keeping in touch with the  many grid servers that make up the Hypergrid across the world, and it worked very well serving our needs for the past six years. There was no problem using avatar names, something that got you banned from the data abusing tech giant Facebook, which most of us avoided anyway. Of course Google was data mining too but they were the best of a bad bunch for our particular needs. However, with the news G+ is to shut down we who have been actively running groups in support of the Opensim Metaverse are being forced to look elsewhere.

So this is a follow-up to my last article to explain how we have got on in our search for an alternative social media site that is similar to Google plus and might offer a new home or Hub for our community where people can easily find other Opensim users across the Hypergrid. This has become so important to us and the perfect way to feed news, help people and promote entertainment and products. Finding something that closely matched G+ is what we were looking for and the list of possibilities is actually quite large according to Wikipedia. However, some stood out and a strong contender was the Diaspora network but  there were others that looked more like Google plus including MeWe and Minds.


MeWe has so far proved quite popular with the Opensim community but not everyone. Some take the view that MeWe is just another corporate-run social media and would rather develop a community on the Diaspora network which is open source and decentralized. Diaspora consists of a group of independently owned nodes (called pods) which interoperate to form a network served via a number of clients including  Mastodon, Friendica and others. The Federation protocol is how Diaspora servers (and other servers supporting this protocol) talk to each other. The important thing to understand is that no one server in the network controls all the data so only a local owner or manager can block content. This is very appealing to those that value freedom of speech but has lead to problems where extremists like Islamic State and criminals have used the media to distribute propaganda, communicate with their followers and to radicalise and recruit. This is the kind of thing that the corporate media giants like Facebook and Twitter are now starting to block centrally and will do so more and more as they broaden their definition of what constitutes unacceptable content. So, while the big tech giants take it upon themselves to censor politically unacceptable views and hate speech, the smaller fringe tech companies and groups are highly exposed to extremists that exploit the decentralized networks. Well, that is what we are being told by the mainstream media which, of course, just happens to be owned by the giant tech companies and a handful of billionaires too.

Anyway, I registered on the Social iSurf server running Friendica and found other familiar names from the Opensim community were posting so there is certainly interest and one member was talking about setting up a server to run a node for the community. Personally, whereas I like the fact Diaspora is decentralized and members can be part of a federation, I didn't particularly think much of the client projects or that the servers are dependent on a network of enthusiasts which I thought rather limits them. They rely on donations to operate but none have the speed, polish or the millions of users that Google Plus has so I consider it as one to watch but not ideal presently. I also found that the iSurf community was rather geekish and the display Twitter-like so I moved on to MeWe which was recommended to me and I have to say right away I was quite impressed. I really did like the layout and the features so I registered there too and formed a group for Opensim Virtual easily and quickly at no cost. That group has taken off quickly and now has well over a 100 members after just week or so. I promoted it on G+ while I can of course but I didn't just leave it at that. I joined with Nara Malone and we now run the Adult Metaverse group too and that is actually growing even faster with over 200 members already at the time of writing.

I have since also joined the Minds social media and I will come to that shortly but I have to say MeWe is now front runner and other G+ groups have followed us there which is probably helping the growth in membership too as the whole community expands. So far the list includes the "Ruth & Roth 2.0 an OpenSim Mesh Avatar Project", Nara Malone's "Metaverse Authors", Lecktor Hannibal's "Infiniti Grid", Leighton Marjoram's "HG Traveller Opensimulator", Wayfinder Wishbringer's "Elf Clan", Fred Beckhusen's "Opensimulator DreamWorld and DreamGrid"  and the list goes on - like 23 groups I counted so far. I think MeWe is very likely now to become the preferred social media for Opensim simply because it looks good, works well and has useful features including chat. Moreover, the owners setup MeWe with the expressed promise they wont sell user data like Facebook does and they respect free speech. It is not decentralized like Diaspora but there is a degree of central control to block violent extremists and criminals, which is a good thing. Groups are easy to set up at no cost so no group server is required. The system is powerful and not limited by the computing power and connection of a home PC so the way I see it is, what's not to like?


As I mentioned above I did notice how quickly The Adult Metaverse in MeWe was growing which is not surprising really given that MeWe's very relaxed policy on adult material is encouraging some quite explicit material which, admittedly, if you don't want to see it, can at least be blurred out. So there is that but what we found was many new recruits to the Adult Metaverse expressed an interest in learning about Opensim worlds when asked if they were 18+ and if they were familiar with Opensim. Answering these two questions was a condition of joining the Adult group and the answers we have been getting suggested there is an opportunity here to recruit new people for grids that focus on adult material and services perhaps. But I think there may well be some spillover into the other grids depending on the interests of the recruit.

I also joined some of the so-called Blochchain social media sites such as Steemit, Gab and Minds but, though Minds was easy to join and setup a group, I can't say yet I would recommend it. However, once again I created a group for Opensim Virtual and even posted a little but the way this site works, and others using cyptocurrency like it, is you pay for views and, while Minds also rewards its users with crypto-tokens for like liking, commenting, and sharing, you still need to register for a crypto wallet or you can barely get a group started without it. Setting up a wallet and registering with Coinbase is not that hard but the process overall is quite confusing and time consuming given that there are delays in servicing your transactions. But there was more. I bought $62 in Ethereum crypto on Coinbase exchange and added it to my Minds wallet to buy tokens which can then be exchanged for increased views on the network using the "Boost" feature. I wasn't quite prepared for what came next though.

Opensim Virtual in Minds got hardly any views in its first few days - about  14 - so I hit the Boost button now I had some credit in my wallet and it took one token for 1000 views which I then realised was half my credit! That one token cost me about $30 which seemed a lot but atleast I had some idea what a token is worth, not that I could cash them out because it would appear you can only use tokens to boost views. I had one token left so I decided to spend it on my second post in Opensim Virtual rather than The Adult Metaverse which I had also set up. This allowed me to compare the views that each of the two groups were getting and, sure enough, it was disappointing. Remember, views don't translate into anything but extra exposure to the Minds community because Minds is not visible to the public like G+ is without registering. The views jumped to the hundreds very quickly but didn't gain a single Like, comment or a new member. Well, I did get some subscribers and, apparantly, I have to send invites to subscribers to join my group - bit of a bother really. Meanwhile, The Adult Metaverse group was crawling along with views in the low 20's.


I did some monitoring of the public wire and I found that quite often the same topics appeared twice, one above the other and some blank even, quite often including my boosted posts so it seemed to me the system is either having teething troubles or it is quite intentional to get the 1000 views used up quickly. Anyway, according to Znet, Minds has amassed one million users since it launched and is growing quickly since it introduced the reward tokens. Bill Ottman, CEO of Minds, told Znet, "We have successfully proven the demand for an open-ad network that allows our users to gain exposure for their content and grow their followings in a better, more rewarding way."  According to Znet, Minds Boost has already rewarded users with over 500 million free ad impressions during 2017. 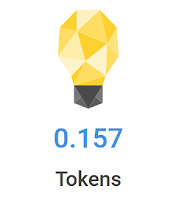 In fairness to Minds, I did gain some small reward in the form of a percentage of one token for opening the groups, posting a blog article and a few topics. The reward was 0.157 so I did gain something and it looks like I attracted 11 subscribers too which I now have to invite to the group if I want them as members. Unfortunately, the notices about new subscribers doesn't mention which group I gained them from but since I spent my tokens on boosting Opensim Virtual I have to assume they came from people reading that. I'm not sure I like the way this works but from a commerical view point I can see how it might appeal to advertisers.

In conclusion I think it fair to say MeWe is the best option for the Opensim community at this time. It is free, clean and fast, and very similar to G+ in some ways with extra features too. It has become a popular choice very quickly as word has gone round so it is growing fast and any grid or group that uses Opensim would surely loose out if they went elsewhere. The Opensim community is already actually quite big but there is a need to help the grids recruit and it appears MeWe dose see a lot of traffic. For us we want to develop the same kind of community we had in G+ without the costs to get exposure that Crypto social media require or the cost of running servers to open channels in the Diaspora network. Our community is spread over the Metaverse on many servers around the world but we come together in social media to help each other, recruit and promote all we enjoy doing in our virtual worlds. I think MeWe does offer the best service for now and is probably the best way to go.