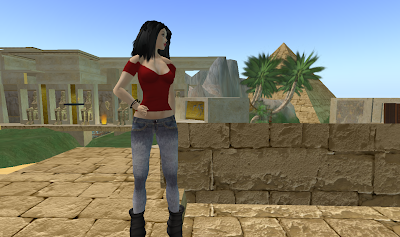 My thoughts are that stores will have access to a much bigger market via Hypergrid and I would want to find out which grids I could trust with the stuff I sell. It's unlikely I would trust a standalone but a reputable grid with a good track record and policy should present no problem. If I already have an outlet on the customer's home grid then that should make it easy but, given that I have some accounting record on my off-world server, or should have, then I should be able to make the goods available provided the grid is on my trusted list.
Posted by Talla Adam at 11:03 1 comment: